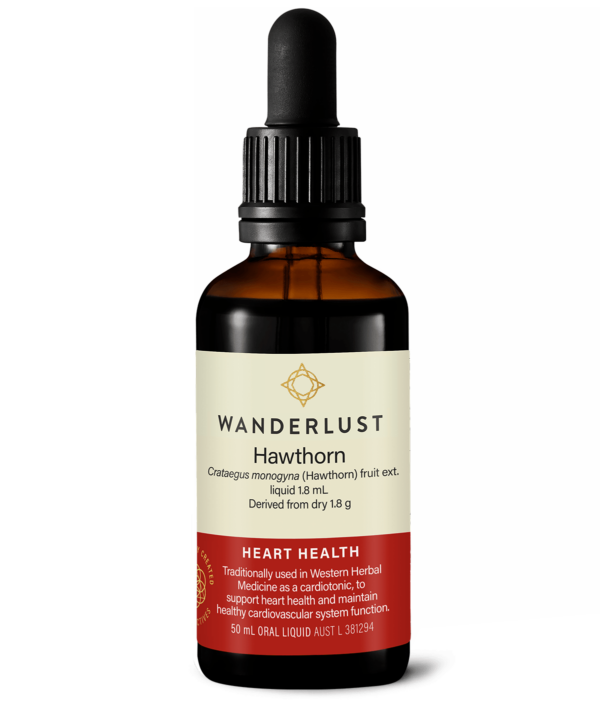 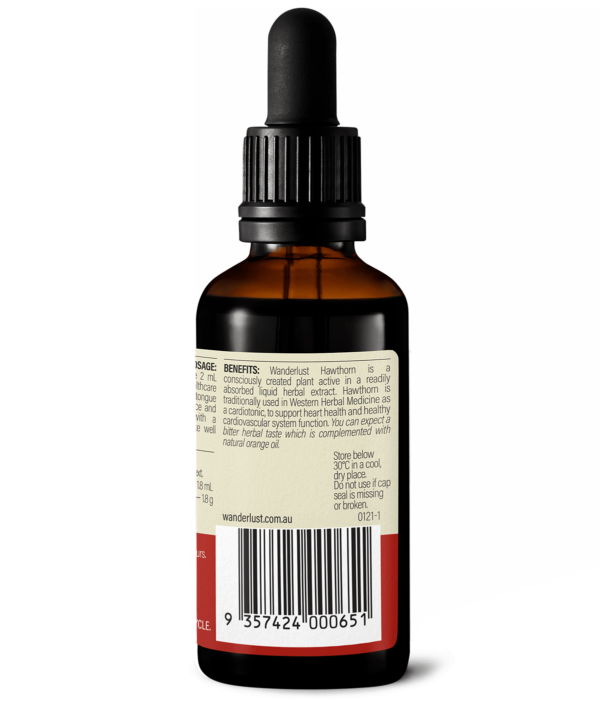 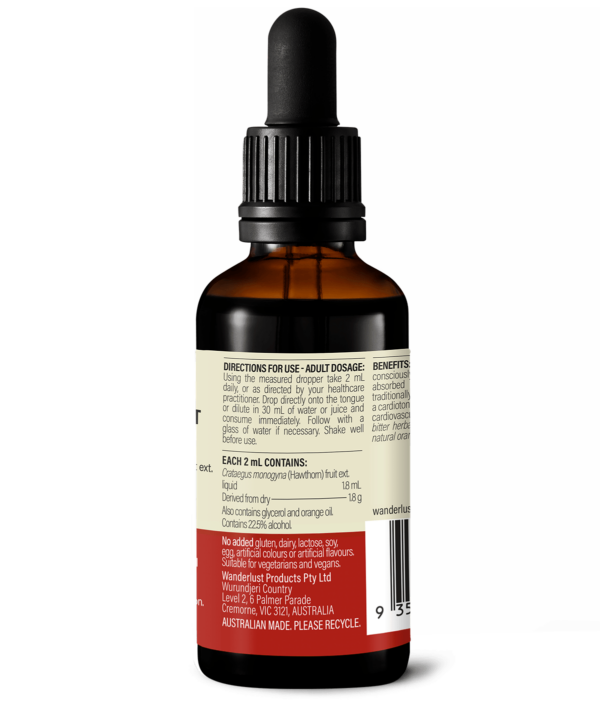 Always read the label. Follow the directions for use. Read the health warnings before purchase.

Cardiotonic: Hawthorn is traditionally used in Western Herbal Medicine as a cardiotonic to strengthen the heart.

Using the measured dropper take 2 mL daily or as directed by your healthcare practitioner. Drop directly onto the tongue or dilute in 30 mL of water or juice and consume immediately. Follow with a glass of water if necessary. Shake well before use.

We strive to harness the best from nature. We are dedicated to sourcing quality ingredients from around the world, selecting certified organic ingredients wherever possible.
Hawthorn

Hawthorn is a dense, thorny shrub with white rose like flowers native to Europe and grows where moisture exists.
As a member of the rose family, it is considered to be one of the most beautiful of all shrubs that flower during spring.

The common name hawthorn comes from “hedgethorn,” after its use as a living fence throughout Europe. C. oxyacantha, is from the Greek kratos, meaning hardness (of the wood); oxus, meaning sharp; and akantha, meaning a thorn.

Hawthorn’s flowers, leaves, and fruit (berries) are used as medicine. The flowers have a slightly bitter taste whereas the fruit is more sour. Hawthorn is one of the oldest medicinal plants known in Europe, where it has been used since the Middle Ages for the heart.

Traditionally used in Western Herbal Medicine as a cardiotonic and to:

Since the Middle Ages it has been planted along hedges to deter trespassers. 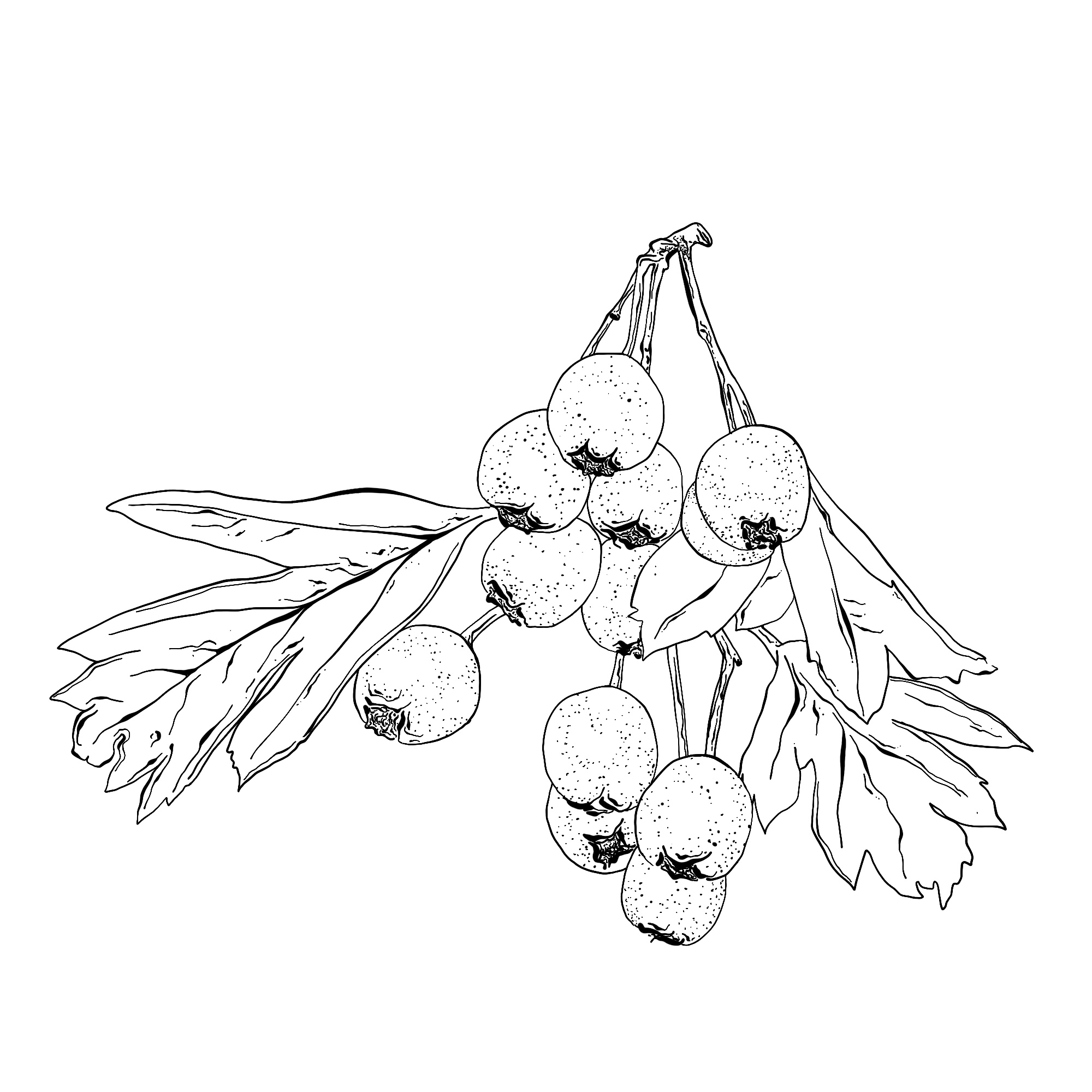