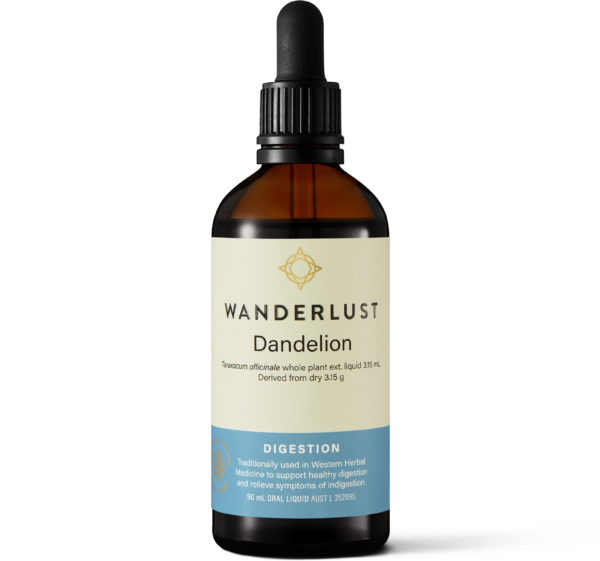 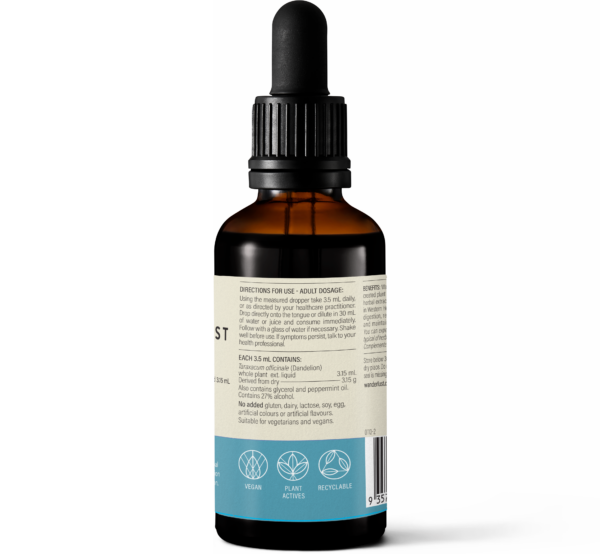 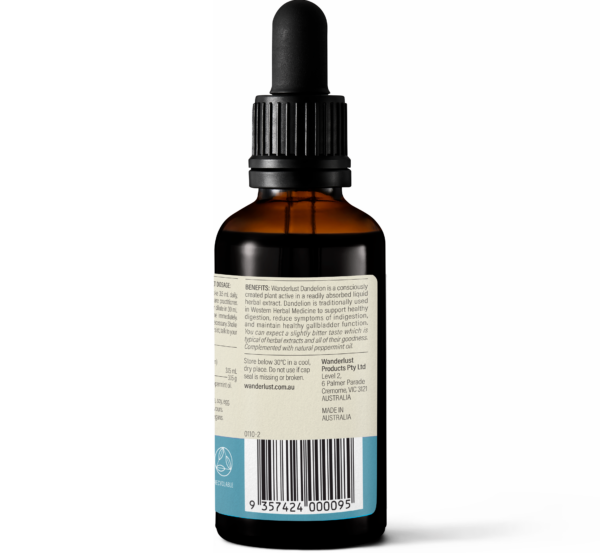 Using the measured dropper take 3.5 mL daily, or as directed by your healthcare practitioner. Drop directly onto the tongue or dilute in 30 mL of water or juice and consume immediately. Follow with a glass of water if necessary. Shake well before use. If symptoms persist, talk to your health professional.

We strive to harness the best from nature. We are dedicated to sourcing quality ingredients from around the world, selecting certified organic ingredients wherever possible.
Dandelion

Usually regarded as a common garden weed, the Dandelion grows wild throughout much of the world. Other common names include Blowball, Puffball, Swine Snout and Wild Endive.

A member of the Asteraceae family (a relative to sunflowers and daisies), it is distinguished by its single yellow flower which opens at dawn and closes at dusk. Once the flower has matured the plant forms a puffball of seeds that are dispersed by the wind.

Its botanical name Taraxacum originates from the Arabic word tarakhaqun meaning ‘wild chicory’. Its common name is thought to be a corruption of the French word dent de lion meaning ‘lion’s tooth’, a reference to the coarsely toothed leaves. Officinale is traditionally used to refer to a plant with health properties that was sold in the apothecary.

Traditionally:
Dandelion has long been used in Western Herbal Medicine to support healthy digestion and was also consumed by many different cultures as a food source. 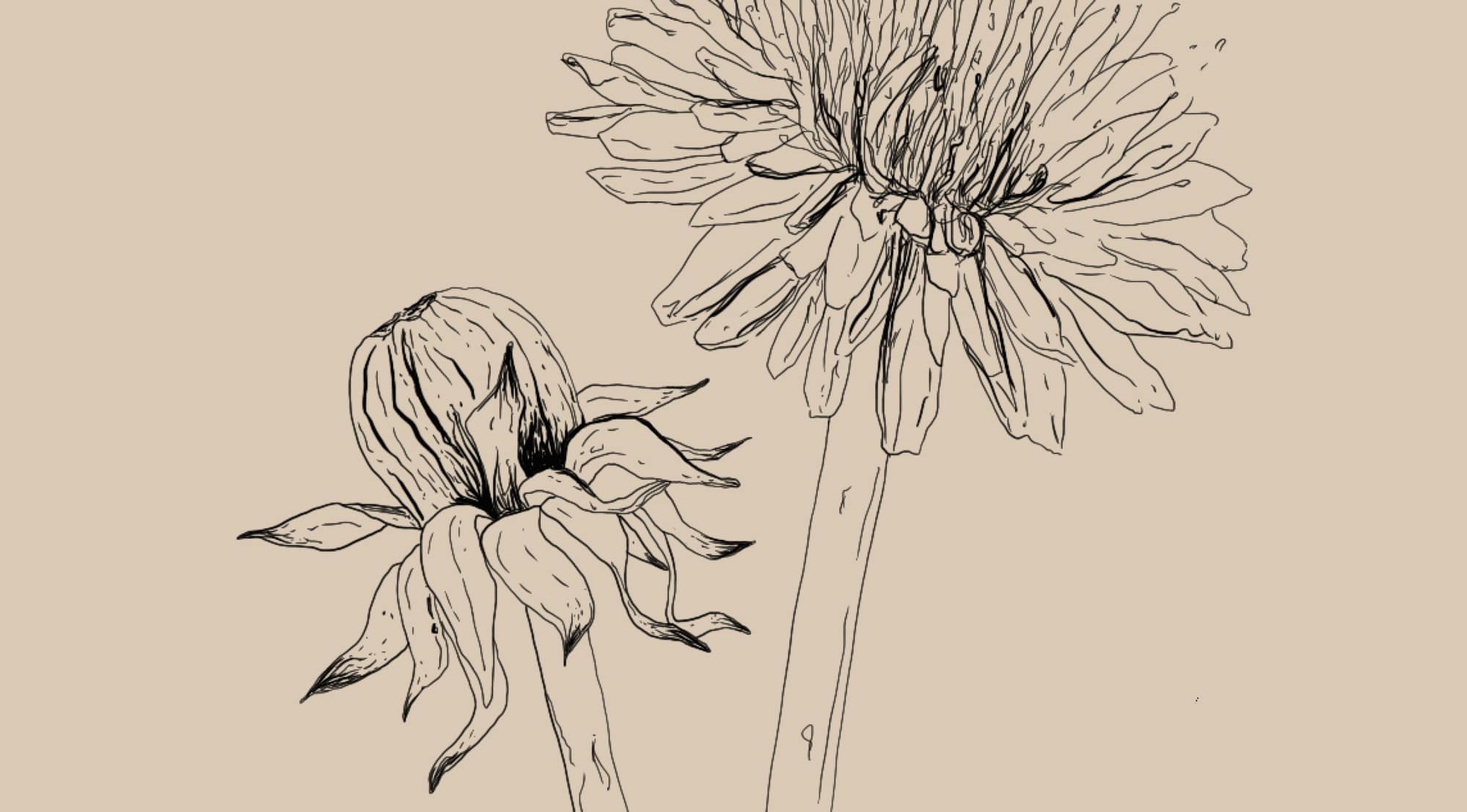