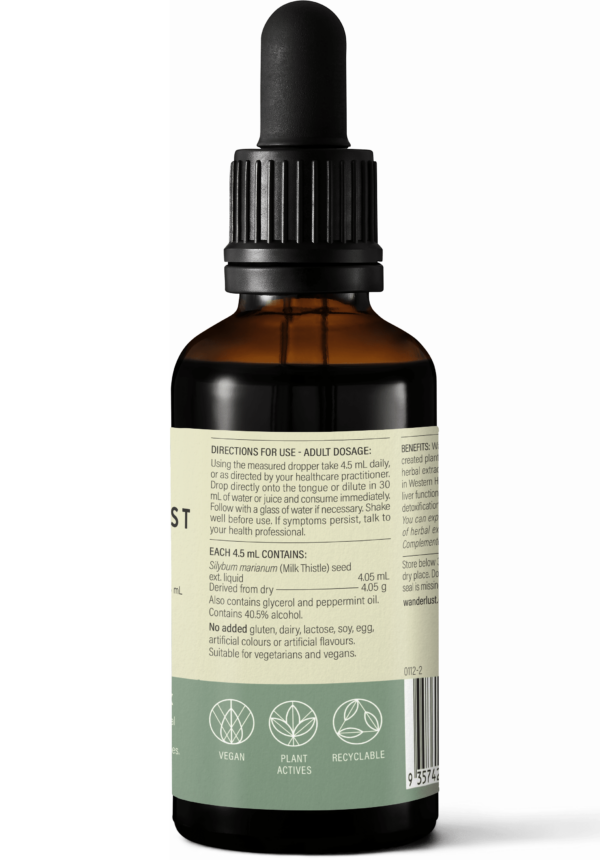 Using the measured dropper take 4.5 mL daily, or as directed by your healthcare practitioner. Drop directly onto the tongue or dilute in 30 mL of water or juice and consume immediately. Follow with a glass of water if necessary. Shake well before use. If symptoms persist, talk to your health professional.

We strive to harness the best from nature. We are dedicated to sourcing quality ingredients from around the world, selecting certified organic ingredients wherever possible.
Milk Thistle

Milk Thistle is native to the Mediterranean, but due to its widespread availability across the globe, it is also recognised as Saint Mary’s Thistle, Blessed Milk Thistle, Holy Thistle and Our Lady’s Thistle.

It is a member of the Asteraceae family (a relative to sunflowers and daisies) and is recognised as an annual or biennial herb. With its dense-prickly flower head and reddish-purple tubular flowers, this plant is considered a weed and invasive in some parts of the world because of its ability to spread quickly.

Its common name, Milk Thistle, derives from its characteristic milky-white veins on the leaves, which when broken open, produce a milky sap. According to legend, it was believed to carry the milk of the Virgin Mary, which may help explain its name variations.

Traditionally used in Western Herbal Medicine as a liver tonic and to:

Traditionally:
Milk Thistle has a rich history in Western Herbal Medicine to help support healthy liver function. In the Middle Ages, the leaves and stalks were used in salads, soups and pies, with the leaves said to surpass the finest cabbage. 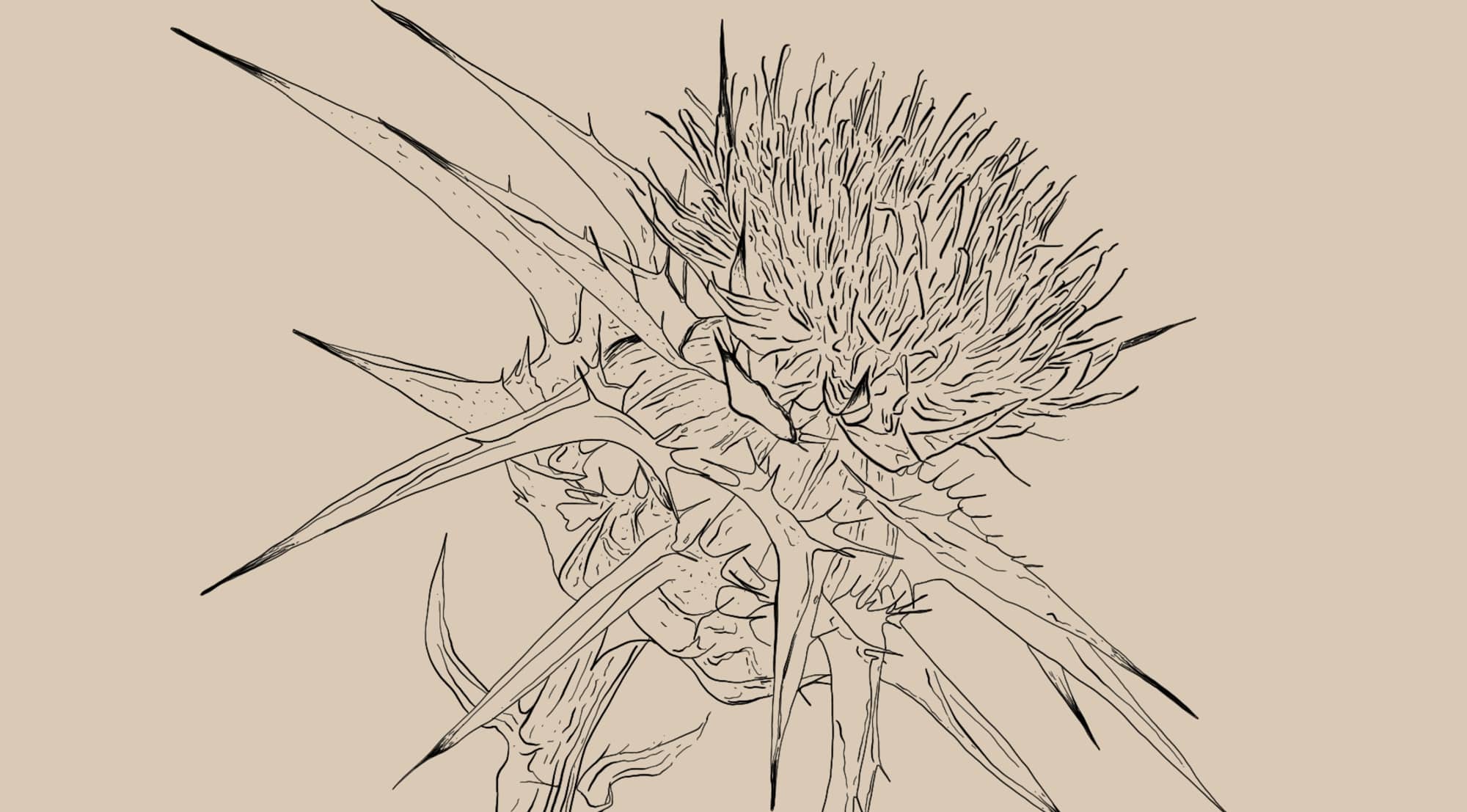