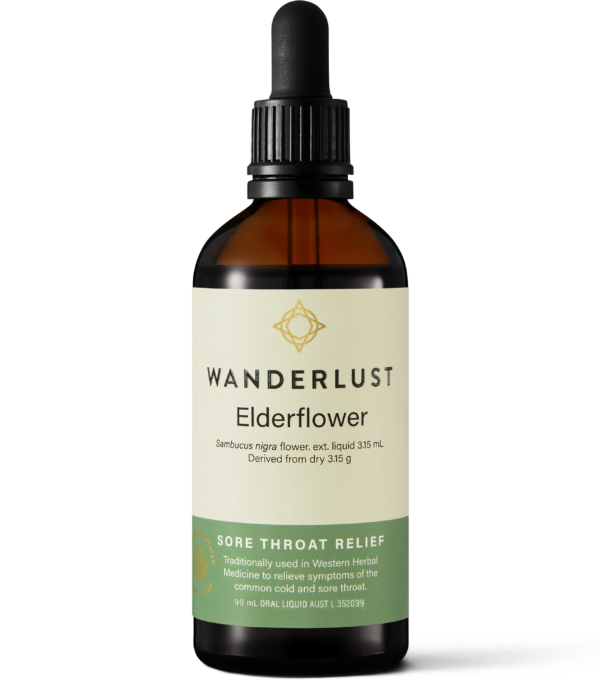 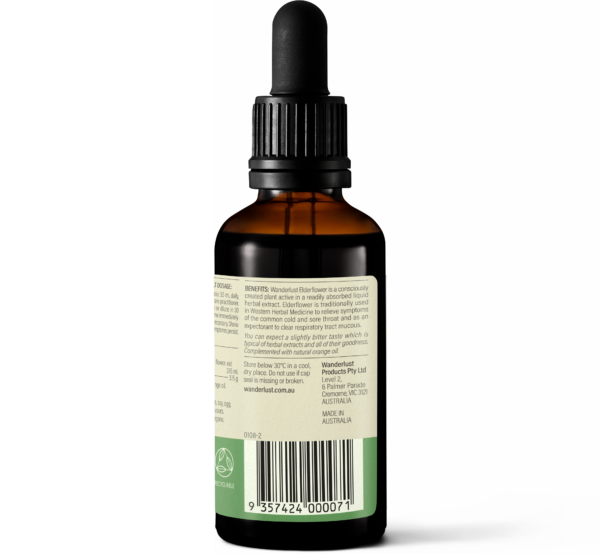 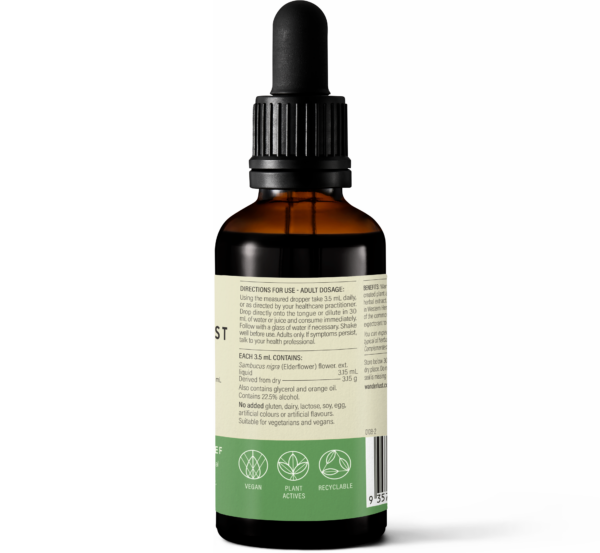 Traditionally used in Western Herbal Medicine to relieve symptoms of the common cold and sore throat.

You can expect a bitter taste, which is typical of herbal extracts and all of their goodness.
Complemented with natural orange oil.

Using the measured dropper take 3.5 mL daily, or as directed by your healthcare practitioner. Drop directly onto the tongue or dilute in 30 mL of water or juice and consume immediately. Follow with a glass of water if necessary. Shake well before use. Adults only. If symptoms persist, talk to your health professional.

We strive to harness the best from nature. We are dedicated to sourcing quality ingredients from around the world, selecting certified organic ingredients wherever possible.
Elderflower

Native to most of Europe and North America, this small, fast growth deciduous tree is now grown throughout the world.

Elderflower also referred to as Elder and Black Elder is one of the commonly used herbs in Western Herbal Medicine, traditionally used to relieve symptoms of common cold, as well as having a long tradition of culinary use including in cordial, wine and jam.

Its fragrant, white flowers are large and bloom in small clusters, which are then followed by the berry like fruits. Its botanical name is derived from the Latin word nigra, meaning “black”, and refers to the deep dark colour of the berries.

Traditionally:
The traditional uses of elderflower plants involved the whole plant, with teas and tinctures made from the bark and fruit. Native Americans also used the branches of Elderberry to make flutes, so it is sometimes called “the tree of music.”