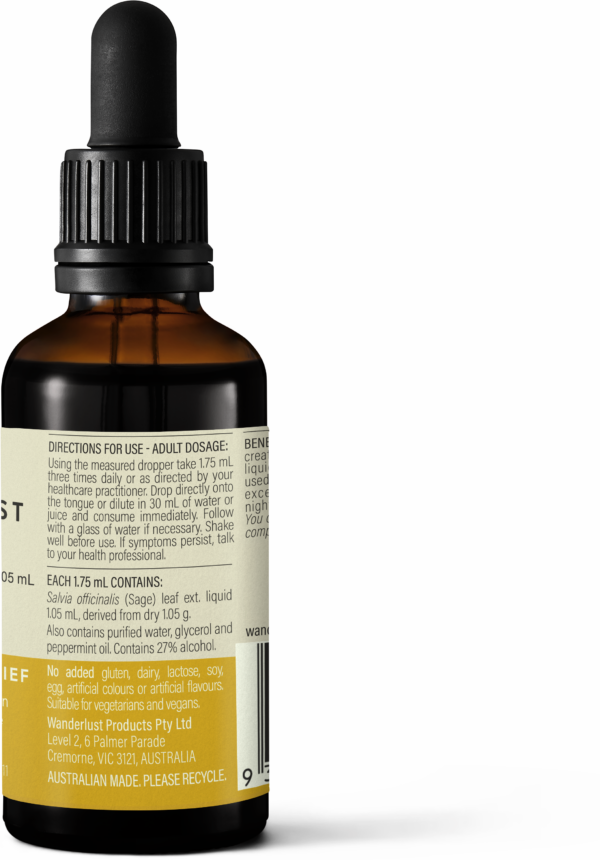 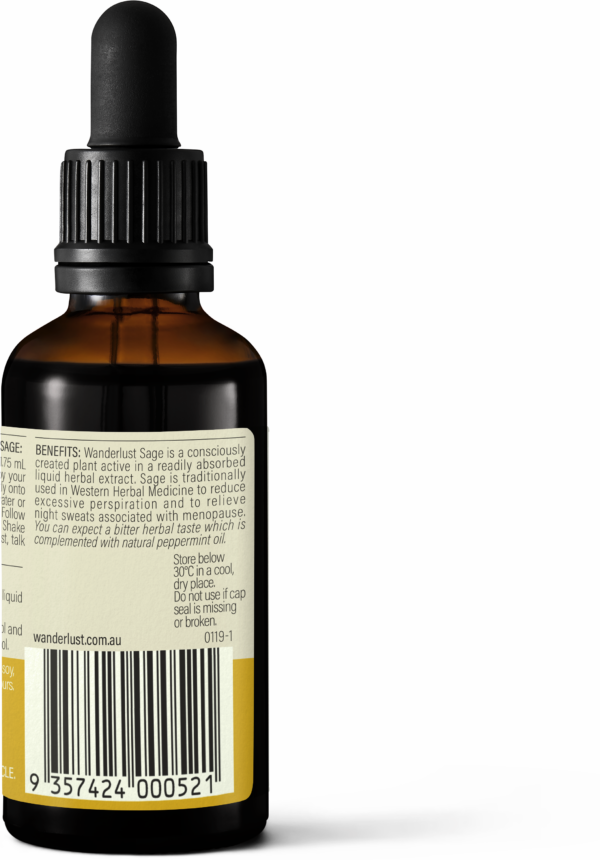 Antioxidant: Sage is an antioxidant to reduce free radicals formed in the body.

Using the measured dropper take 1.75 mL three times daily or as directed by your healthcare practitioner. Drop directly onto the tongue or dilute in 30 mL of water or juice and consume immediately. Follow with a glass of water if necessary. Shake well before use.

We strive to harness the best from nature. We are dedicated to sourcing quality ingredients from around the world, selecting certified organic ingredients wherever possible.
Sage

Native to the Middle East and Mediterranean region, this aromatic, woody perennial shrub belongs to the mint family (Lamiacea) and is now cultivated around the world for its culinary and medicinal benefits.

It’s botanical name, Salvia is the Latin term “to be in good health”, while officinalis is traditionally used to refer to a plant with health and medicinal properties that was sold in the apothecary.

Sage is an antioxidant and is used in traditional Western Herbal Medicine to:

Traditionally:
Cultivated as a culinary herb and as an ornament, is believed to have been introduced by either the Romans in ancient times or by monks during the Middle Ages. Sage was a sacred ceremonial herb of the Romans.