Analgesic: California Poppy is traditionally used in Western Herbal Medicine as an analgesic to relieve pain.

Using the measured dropper take 4 mL daily, before bed, or as directed by your healthcare practitioner.
Drop directly onto the tongue or dilute in 30 mL of water or juice and consume immediately.
Follow with a glass of water if necessary. Shake well before use. If symptoms
persist, talk to your health professional.

Frequently Asked Questions
Always read the label. Follow the directions for use. If symptoms persist, talk to your health professional.

We strive to harness the best from nature. We are dedicated to sourcing quality ingredients from around the world, selecting certified organic ingredients wherever possible.

Native to the United States and the state flower of California, the California Poppy is now widely introduced throughout the world. This showy perennial cup-shaped flower comes in brilliant shades of red, orange and yellow and is also referred to as Golden Poppy, California Sunlight or Cup of Gold.

The California Poppy is a member of the Papaveraceae family, cousin to the infamous opium poppy, but far less potent.

The botanical name Eschscholzia, commemorates Johann Friedrich Eschscholt, where it was first discovered by his friend Adelbert von Chamisso, a naturalist on a scientific expedition to California in 1810.  On seeing hillsides apparently on fire with the covering of poppies, Adelbert named the genus in honour of his close friend Johann Friedrich Eschscholtz, a botanist as well as the expedition’s physician.

California Poppy was first introduced to Europe as an ornamental. It began to be used as a medicine in the last century.

Native to South America and now grown throughout the world, this exotic vine flower is also referred to as Maypop, Apricot Vine and Maracuja.

Its botanical name Passiflora incarnata was coined by Spanish missionaries who saw the flower’s resemblance as the crown of thorns, a symbol of the crucifixion. Incarnata is derived from the Latin word carn, meaning ‘flesh’ and atus, meaning ‘like’.

Traditionally used in Western Herbal Medicine as a calmative and to:

Traditionally:
Spanish explorers in South America learned of the Passionflower’s medicinal benefits and brought it back to Europe. It quickly became widely cultivated and introduced to European folk medicine.

Striving for minimal excipients is what sets us apart. From inception, we have approached what we do differently by questioning the use of coating agents, plastic packaging and animal-derived ingredients - so you can positively support yourself and the planet.

Committed to supporting you with plant-active supplements and wholefoods, our range strives to harness the best from nature. Dedicated to sourcing quality ingredients from around the world, we select certified organic ingredients where possible.

Our plant-active wellness supplements and wholefoods are consciously created with intelligence, integrity and purpose—vegan-friendly, minimally processed and free from added artificial flavours and added artificial colours.

We may not have all the answers you seek, but know we’re committed to making greener choices for you and the planet every day. From our packaging, ingredients through to our B-Corp certification for our mushroom wholefood range, we are committed to being a force for positive change. 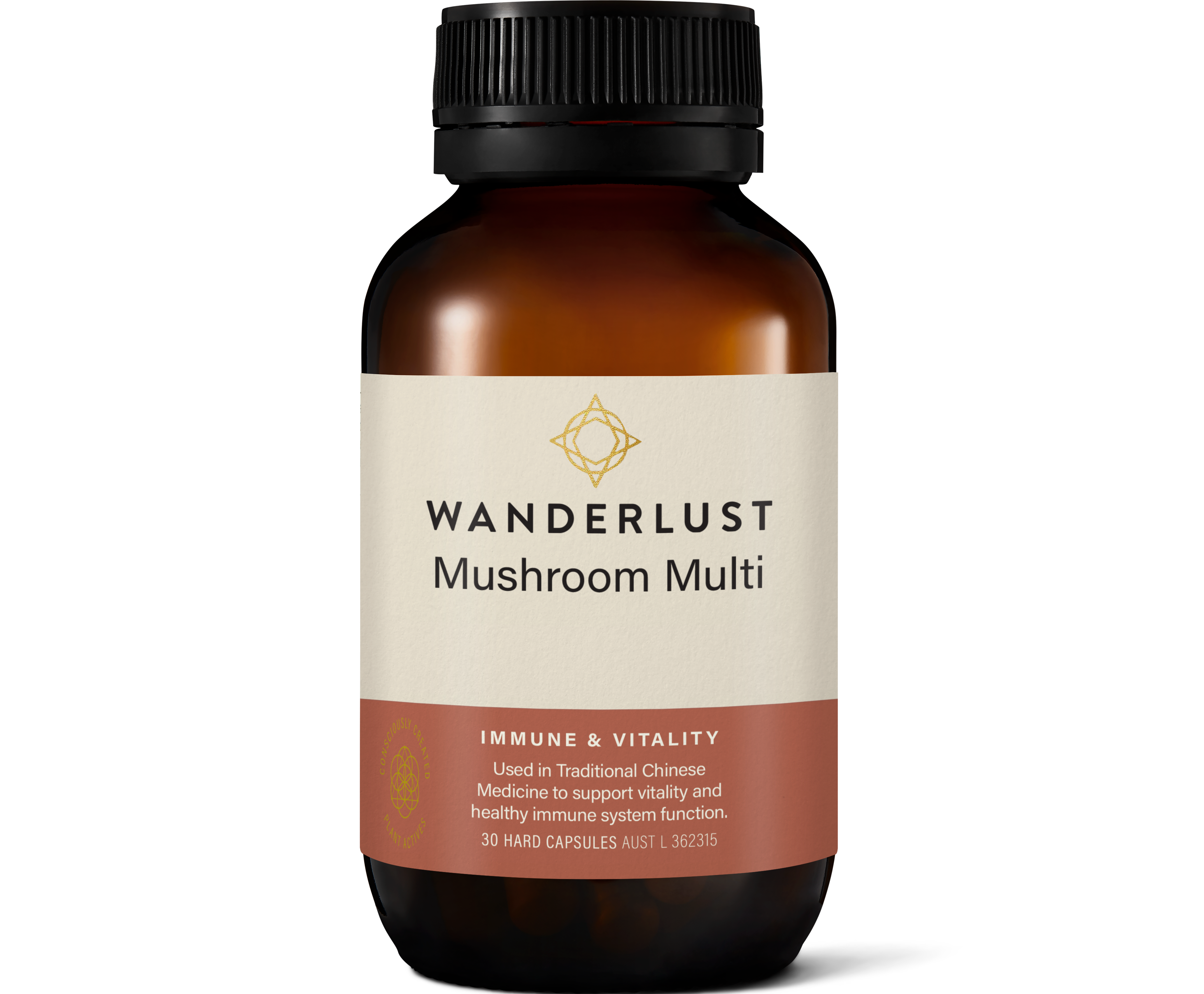 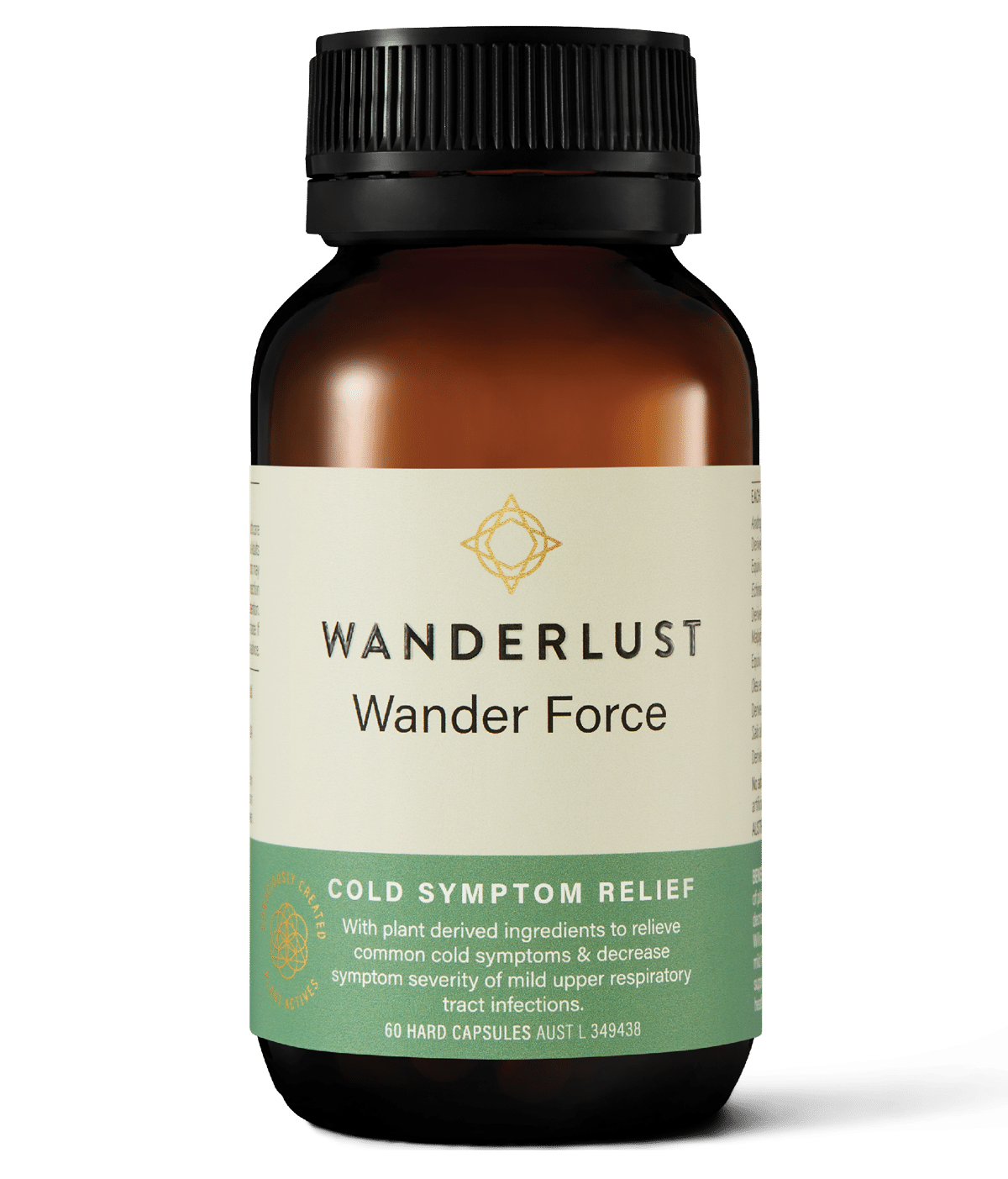 We use cookies to improve your shopping experience with Wanderlust, which means that we will place cookies on your device to help make our website work better for you. If you carry on browsing, we’ll assume you are happy with this.
Cookie settingsACCEPT
Manage consent

This website uses cookies to improve your experience while you navigate through the website. Out of these, the cookies that are categorized as necessary are stored on your browser as they are essential for the working of basic functionalities of the website. We also use third-party cookies that help us analyze and understand how you use this website. These cookies will be stored in your browser only with your consent. You also have the option to opt-out of these cookies. But opting out of some of these cookies may affect your browsing experience.
Necessary Always Enabled
Necessary cookies are absolutely essential for the website to function properly. These cookies ensure basic functionalities and security features of the website, anonymously.
Functional
Functional cookies help to perform certain functionalities like sharing the content of the website on social media platforms, collect feedbacks, and other third-party features.
Performance
Performance cookies are used to understand and analyze the key performance indexes of the website which helps in delivering a better user experience for the visitors.
Analytics
Analytical cookies are used to understand how visitors interact with the website. These cookies help provide information on metrics the number of visitors, bounce rate, traffic source, etc.
Advertisement
Advertisement cookies are used to provide visitors with relevant ads and marketing campaigns. These cookies track visitors across websites and collect information to provide customized ads.
Others
Other uncategorized cookies are those that are being analyzed and have not been classified into a category as yet.
SAVE & ACCEPT

Step into our world of wellness, and be the first to know about our products, events and guides to take you places. Let’s wander together.

You have Successfully Subscribed!